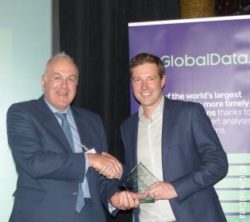 Maureen Hinton, global research director at GlobalData Retail remarks, “The top three winners prove that consumers respond well to retailers that make customers the heart of their business. It also highlights the prominence of online in the way we shop in the UK now.”

This year AO.com continued its winning streak, securing the award for overall best retailer for the third consecutive year. AO.com has continued to invest in its customer service capability by launching its ‘track my order’ app, as well as increasing brand awareness through its summer 2016 next day delivery marketing campaign. AO.com also diversified its proposition this year by entering the computers & tablets market, which will help the retailer appeal to a broader customer base.

Disappointingly for Waitrose, its 12-year streak as best food retailer has ended with the grocer falling two positions into third place, while both Marks & Spencer and Aldi moved up one position to take first and second place respectively. The absence of all of the big four retailers in the top three marks the polarisation of the grocery sector, with consumers choosing to treat themselves occasionally at premium supermarkets, and trade down to discounters such as Aldi and Lidl for everyday value.

The GlobalData Customer Satisfaction Awards are determined by the results of our detailed consumer research for this series only. GlobalData analyst opinions do not impact the judging process.